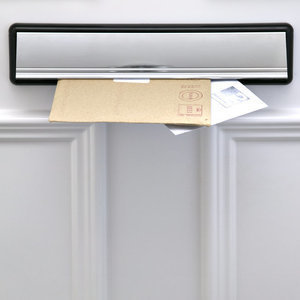 Postal workers could soon be celebrating the end of an uncomfortable era as a Conservative MP has tabled a motion to ban low-level letterboxes – the largest cause of sickness among posties in the UK.

MP Vicky Ford has joined Royal Mail and the Communication Workers Union (CWU) in backing a campaign to stop housing developers from fitting low-level postboxes to new properties due to the number of back injuries they cause. If the motion passes, letterboxes in new buildings will have to be positioned above a certain height, meaning post men and women will no longer need to bend over to access them.

Now, Leeds-based physiotherapy provider Physio Med has also voiced its support for the campaign and is providing advice for postal workers on how to stay pain free while on their rounds.

Mark Fletcher, Clinical Director at Physio Med, said: “Bending down to reach low-level letterboxes over and over again puts a big strain on your back, so it’s no surprise that this has been identified as a contributing factor to so many back related absences among our posties.

“When making a delivery, postal workers should try to keep their backs straight and only bend from the knees, not the waist - this will reduce the pressure on their backs and help prevent pain.”

Royal Mail employs more than 95,000 postal workers who deliver to 30 million addresses every week. In 2018, it recorded more than 16,800 incidents of back related absence amongst its staff, making it the organisation’s largest cause of sickness.

Vicky Ford said: “I asked our postal workers what I could do for them, and they asked me to help with the issue of low-level letterboxes, particularly because of the strain this puts on deliverers’ backs. The act of having to bend or stoop to deliver mail to low letterboxes is a significant factor, and it cannot be overlooked. The occasional low-level letterbox is not a big issue, but where developers fit row after row of front doors with ankle-high letterboxes, deliverers face repetitive stress.”

For workers already suffering with back pain, Physio Med has also produced a series of guides and exercise videos designed to reduce pain, improve movement and speed up recovery, which are available via its website at https://www.physiomed.co.uk/well-being-zone/lower-back