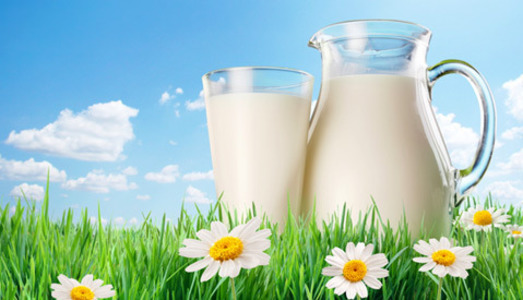 Early physiotherapy intervention on musculoskeletal injuries can help to prevent acute conditions becoming chronic, as well as promoting a swifter recovery and return to the workplace.

With access to physiotherapy treatment via GPs and the NHS often taking many weeks, Dairy Crest Ltd was looking for an alternative provider of physiotherapy in order to provide better care for staff and reduce sickness absence rates.

Physio Med has been able to deliver a robust physiotherapy intervention service, integrated with Dairy Crest's own occupational health department by offering timely access to its managed network of 750 hand selected physiotherapy practices.

Dairy Crest employs staff in a wide range of manual handling roles, many of which can be quite physically demanding. Employees most at risk of suffering musculoskeletal injuries include those on the production line who face repetitive work; those in the distribution centre who are required to move large cages full of milk; HGV drivers delivering product to supermarkets, school and universities; and milkmen lifting and carrying heavy deliveries to homes and flats on uneven surfaces, tackling stairs and often in inclement weather.

With 6,000 employees across 16 manufacturing sites and 120 milk depots in the UK, and facing increasing waiting times for access to NHS physiotherapy, Dairy Crest was keen to engage with a physiotherapy partner that could provide prompt access to advice and hands-on treatment. The organisation therefore needed to find a way to support its employees in accessing quality physiotherapy treatment much more quickly in order to:

Once an employee has reported an injury to one of the eight Occupational Health Advisors within Dairy Crest, they are referred by phone or online to Physio Med. The employee is contacted within 24hrs and offered an appointment at one of Physio Med's 750 practices within a maximum of five working days (average of 2.8 days). Any scans that are required are also actioned more quickly than through the NHS system, via a partner network of MRI units.

In 2010/11 158 Dairy Crest employees were referred to Physio Med and approved for treatment. Work related conditions were responsible for 44% of these cases, with 22% attributing their injury to a domestic incident and 34% unable to pinpoint what caused their condition to occur. 48% of the injuries or conditions were related to back, neck and shoulder pain.

Employees received an average of six sessions before being discharged.

At the end of the period, 95% of the employees referred to Physio Med for treatment were at work, carrying out either full or modified duties, with 86% of those who were off work at the time they were referred returning to work.

She said: "Due to the nature of our business the jobs vary greatly and so we have a whole range of manual handling roles where employees can sustain injuries or conditions. It is vital that our staff can access quality care as quickly as possible to help them return to work quickly and safely, to prevent the need for long term absence

"The advantage of working with Physio Med is that we can refer instantly, rather than waiting for an NHS referral, and employees are seen within days."